The most expensive Oriental rug in the world has been sold

Sotheby’s auction house said Wednesday’s price for the Clark Sickle-Leaf Carpet was more than three times the previous auction record for a carpet.

The Sickle-Leaf Carpet sold to an anonymous telephone bidder. 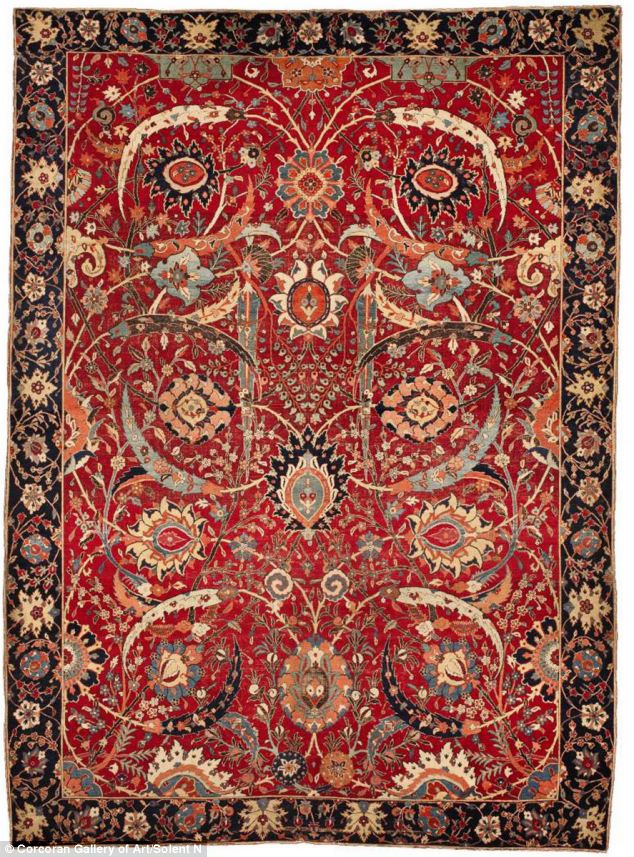 Tidy pile: This ancient Persian rug, which dates back to the 1650s, sold for an incredible $33.7 million at Sotheby’s in New York

‘I thought it might sell for 10 or 15 million dollars,’ Mary Jo Otsea, the auctioneer and senior consultant for rugs and carpets at Sotheby’s, told The Washington Post. ‘No one ever expected to see it on the market. Its beauty and rarity — the closest comparables are in museums.’

The intricately woven rug of red, blue and green colors was owned by an American billionaire  industrialist who bought it in the early 1900s, and the artifact was donated to a museum after his death in 1925.

Since then the carpet, decorated with an asymmetrical pattern of sickle-shaped leaves, has been regularly displayed at the Corcoran Museum in the US capital, Washington DC.

However, the museum decided to sell the rug to raise funds, generating huge excitement among antique carpet collectors across the world.

Despite its age, the rug is said to be in exceptional condition, suggesting it had been hung for many years rather than being laid on a floor.

Otsea said before the sale: ‘This is a beautiful example of carpet weaving.

‘In my 30 year career, this is the most exciting and important collection that I have dealt with. 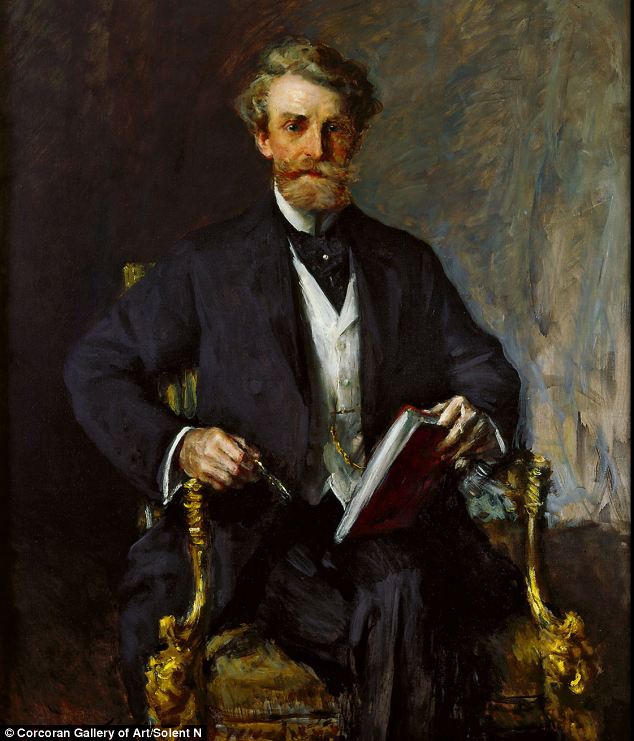 Careful owner: The intricately woven carpet of red, blue and green colours was bought by an American billionaire industrialist William Clark in the early 1900s and was donated to a museum after his death in 1925

‘The Clark Sickle-Leaf Carpet is without question one of the most iconic and important carpets ever to appear at auction.

‘It was made during the Safavid dynasty in Persia in the 1650s and made by several weavers at a very sophisticated workshop in south east Persia.

‘William Clark, a billionaire industrialist who also became a senator, purchased it from a dealer in Paris while on a tour of Europe in the early 1900s.

‘He must have hung it because it is in very good condition and is unlikely to have spent much time on the floor.

‘He bequeathed his collection of carpets to the Corcoran Gallery of Art in 1925 and it is being sold by them for future acquisitions.

‘Carpets of this calibre don’t come up that often.’

The rug has a wool pile and the foundation is made of cotton and silk.