Why you should invest in an Oriental rug

Investing in a rug

Should you be looking to invest, auctions can be a good way of getting your hands on a rare piece. Abu Dhabi’s Estuary Auctions recently held a specialist sale of unique Oriental rugs, carpets and textiles at its headquarters on Al Reem Island, where more than 50 well-preserved examples of hand-knotted antique and vintage rugs from across the region were put up for sale.

The most expensive rug yet to have sold at auction was a Kerman, which yielded over US$30 million (Dh110 million) when sold in 2013 by Sotheby’s New York. Kerman was a centre for weaving in south-east Iran and its pieces are still considered by many to be the finest ever made.

The oldest piece in the latest Estuary auction was a 180-year-old Kerman Lavar or Ravar Kerman, made in the town next to Kerman. With an estimated value of up to Dh16,000, auction-goers were given an opportunity to own a piece of Kerman heritage without the multimillion-dirham price tag. The tightly knotted handmade rug with all-natural dyes and colours featured a classic design with parakeets, peacocks and a central vase with boteh (the Persian plant motif was adopted by the Scottish weavers of paisley, who made it famous under the name of their town). 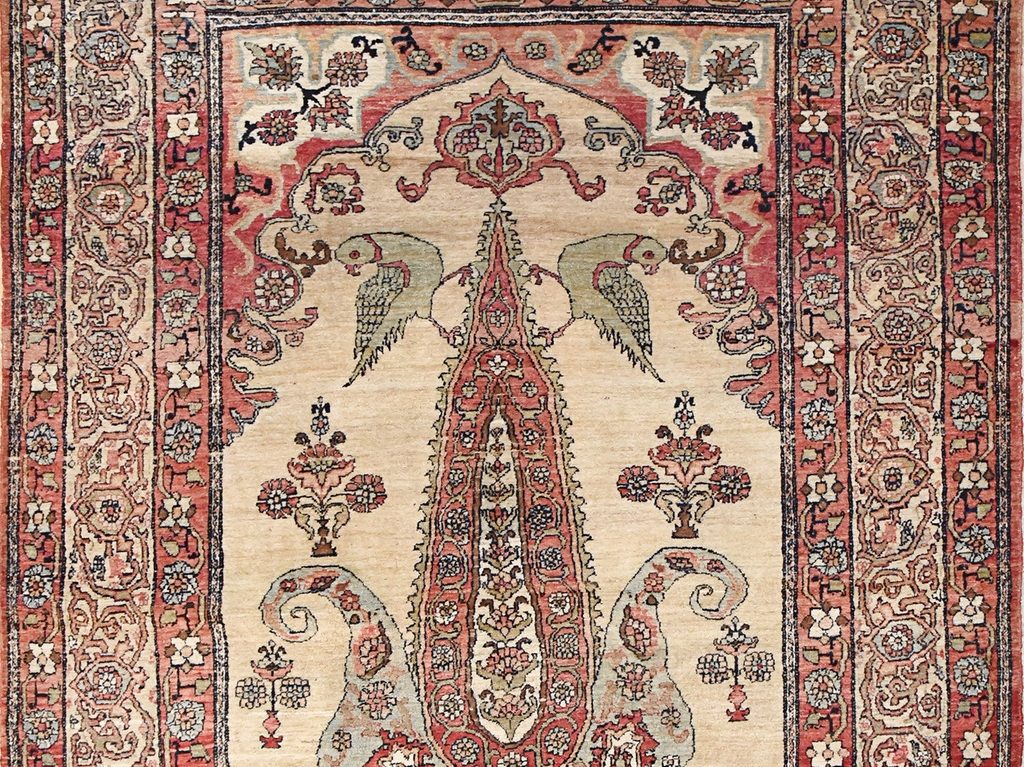 Another highlight from the Estuary auction was a Tabriz in characteristic deep red. The signature of the master maker, Shadi, made it possible to accurately date the production of the rug to about 1930. Because of trade, Tabriz was exposed to various cultures, which influenced the design of its rugs, but this particular piece features many of the more traditional motifs, including flowers and vines, with a central medallion set within a rectangular border embellished with literal and geometric forms of plants. 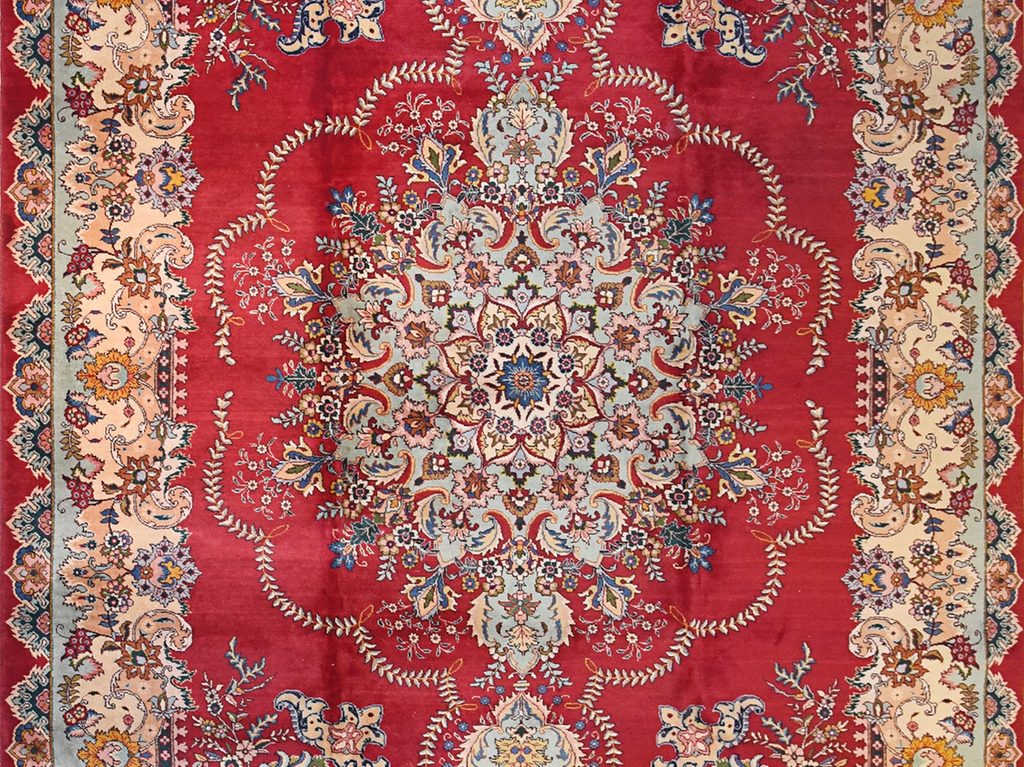 The rug is woven in very fine merino wool – interestingly, the weavers of Tabriz once favoured wool fibres imported from Manchester, England, considered at that time to be the best in the world.